Did you know that we have a right to be happy? Right as in UN fundamental rights. Oh yes!

20th March we celebrate the International Day of Happiness, recognising the relevance of happiness and well-being as universal goals and aspirations in the lives of human beings around the world and the importance of their recognition in public policy objectives. The resolution was initiated by Bhutan, a country which recognised the value of national happiness over national income since the early 1970s and famously adopted the goal of Gross National Happiness over Gross National Product. Wonder sometimes why it has not spread across the globe yet…

What makes you happy? It is very difficult to answer this question in a sentence and for that matter in a word because the definition of happiness varies from person to person. The word that perhaps comes closest to summing up happiness is “progress”. Any form of progress in life drives a person to do what they do and in doing so makes them happy. Countries of the world are driven by some form of progress whether it is economic, military, territorial, political or regional influence. Progress in any form provides the countries of the world with a clear direction of where it wants to be. Amidst all of this exists Bhutan, a country whose happiness lies in the progress of happiness itself. 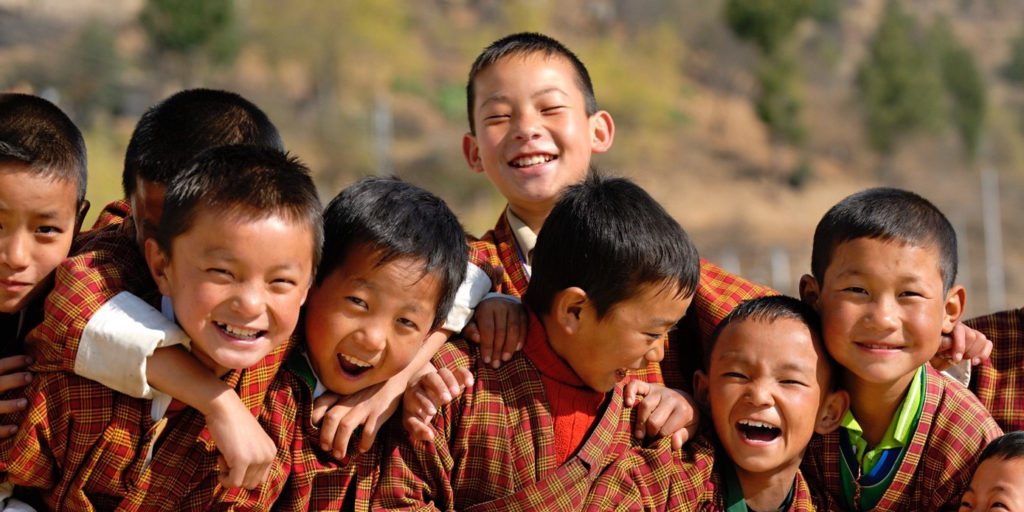 In 1972 His Majesty the fourth Druk Gyalpo, Jigme Singye Wangchuk coined the term Gross National Happiness. The country of Bhutan, since then is in pursuit of true happiness over any other form of progress.

WHAT ARE THE CORNER STONES OF GNH?

How can we pursue something that varies in definition for everyone? This is where the 4 Pillars of GNH holds its outmost importance.

2) Environmental Conservation: While the world is debating the existence of climate change and global warming, Bhutan has already prioritized the conservation of natural environment in its constitution. The constitution mandates 60% of forest coverage at all times. However Bhutan has been able to sustain more than 60% over the years. The forest coverage as of 2018 is 71 %. It is a biological hotspot for forest, plants, endangered animals, high altitude animals and many more. The focus of environmental conservation has limited the tapping of natural resources but it is the cost the country is willing to pay for inhabiting healthy citizens and wildlife as well.

3) Preservation And Promotion Of Culture: Bhutan doesn’t have high military power or large economy. It is therefore its unique identity that has maintained the sovereignty of Bhutan. The unique culture and tradition of Bhutan has enabled it to distinguish itself amidst super powers that surround it. Bhutan’s language, dress, architecture and traditional values has not been tethered by the onset of modernization. Bhutan has prudently embraced modernization and opened itself to the outside world.

4) Good Governance: Democracy was bestowed upon the citizens by the monarchs of the country on 2011. It was perhaps one the most peaceful transition of the form of government. Bhutan has since then seen three different political parties and three different prime ministers. The citizens of Bhutan have been the youngest members of democracy and have been gradually involving themselves in the process of nation building. 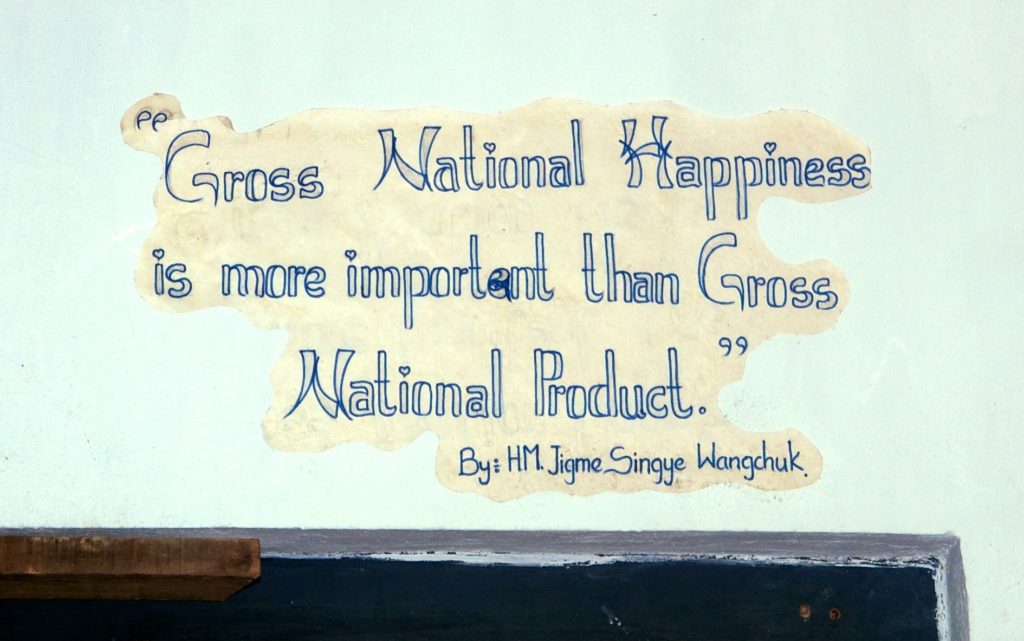 IS THERE MORE TO THE PILLARS OF GNH?

There are nine domains derived from the 4 pillars and each pillar has its respective indicators.

Learn more on this: